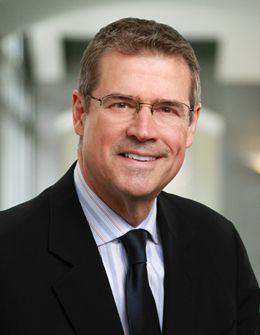 Jeffrey W. Coleman, PE, FACI, attorney at law, is both a licensed Professional Engineer and Attorney at law and principle partner in The Coleman Law Firm, LLC. He is an ACI Fellow and has been an ACI member for over 30 years. Mr. Coleman is the author of the book Legal Issues in Concrete Construction published by ACI in 2004 (second edition published in 2015) and previously authored the “Concrete Legal Notes” section of Concrete International since 1986.

Jeff received his BS in Civil Engineering in 1976 and MS in Structural Engineering in 1977 - both from Iowa State University. He is licensed as an Engineer in Iowa, Minnesota and Wisconsin and as a lawyer in Minnesota, Wisconsin and North Dakota, however he practices regularly in other states thru admission “Pro Hac Vice”. His Master’s Degree Thesis work involved research funded by the Iowa Department of Transportation and studied fatigue behavior of air entrained concrete. This led to his early involvement with ACI Committee 215 Fatigue of Concrete.

After receiving his Master’s Degree in Structural Engineering, Jeff moved to Minneapolis/St. Paul, where he practiced as a Structural Engineer with Ellerbe Associates, Inc. After completing his law degree in 1984, he served as general counsel for Ellerbe, Inc. (later Ellerbe Becket, Inc.and now part of AECOM). After spending two years with Hart Bruner & O’Brien, a Minneapolis boutique construction law firm, he started his own firm in 1991 which was quickly merged and renamed Coleman, Hull & van Vliet, PLLP. In 2013, he founded The Coleman Law Firm, LLC committed to continuing his representation of Engineers, Architects and the Concrete Industry.

Jeff represents Concrete Contractors, Engineers, Architects, and Building Owners in all aspects of construction. He is consistently recognized as a construction “Super Lawyer” by Thomson Reuters publications. He is the past President of the Minnesota Concrete Council (MCC) and a former board member. He is also a sustaining member of the American Society of Concrete Contractors (ASCC). Mr. Coleman has served five terms on the Board of Directors of the American Council of Engineering Companies, Minnesota and is one of the only two non-practicing engineers to receive the Tom Roach Award for Outstanding Service and Motivation to the Consulting Engineering Professional Community. Coleman is a past member of the Minnesota Board of Architecture, Engineering, Land Surveying, Landscape Architecture, Geoscience and Interior Design (the Minnesota Licensing Board) having served from 2000 to 2004 and the Board of Directors of the Consulting Engineers Council of Minnesota (numerous terms). He is a past member of the University of Minnesota Concrete Conference Planning Committee. He is a frequent lecturer on topics involving construction law, but also is a regular practitioner who is involved daily with construction disputes involving concrete.

Jeff is a prolific worker and an important contributor to our local community, both as a working professional and as a volunteer. While many of us know of his contributions locally, where he is a former member of the board and past president of the Minnesota Concrete Council, Jeff is a great ambassador for Minnesota and is very active in the national and international community. He is the author of the books Legal Issues in Concrete Construction published by the American Concrete Institute in 2004, and Legal Issues in Concrete Construction, Second Edition, published in 2015. He is the only attorney who is also a Fellow in the American Concrete Institute, former chairman of ACI Committee RCC, and past President of the Minnesota Concrete Council. His phenomenal leadership and vision in leading the ACI committee on Responsibility, 132, included the SCC subcommittee, has been recognized by ACI by the award of the Delmar Bloem Award, given to recognize leadership in technical committees.

Jeff was a close colleague and personal friend of the late Richard Stehly. Together they worked on many high-profile projects in and outside of Minnesota. Our community and our industry are touched almost daily in many ways, both seen and unseen, by Jeff’s activities.