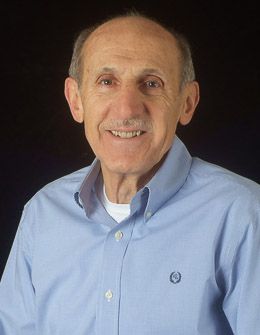 Terry Swor was one of the original Minnesota Concrete Council's founding members in 1989 and was its third President, taking over the reins of the Presidency after the death of Ed Johnson in 1991. Terry has been active with the MCC Board since its inception and has not only filled the role of President, but has been chair of various MCC committees over the years. Even more important, Terry has actively worked at getting the “next generation” involved with MCC. His continual support and involvement in MCC goes beyond what is expected of a member.

Terry received his Bachelor of Science degree in geology from the University of Minnesota-Duluth in 1966.

He authored several publications that have advanced the cast-in-place concrete industry through technical expertise.

Terry has received many honors in his career including the AEC/MN Tom Roche Award in April 2008. His professional memberships include:

Terry's service and technical expertise in the advancement of the cast-in-place concrete is unsurpassed in our area. It is only fitting for him to be recognized as the third recipient of the Richard Stehly Industry Advancement Award after Dick Stehly himself (2010) and Jack Gibbons (2012). Dick, Terry’s founding partner of American Engineering Testing, Inc., would definitely approve.