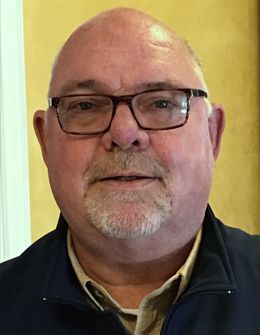 Tom Reger began his construction career early 80's in the "Blacktop" industry. He began his Union Career as a laborer for nine years, then became a cement mason in the late 80's. He has now served the "Concrete Industry" for well over 30 years. In that career he has touched literally 1000's of people in this field. He’s had an impact on numerous MCC members and others in the cast-in-place concrete industry – from contractors to suppliers, field workers, and Unions.

Tom has worked for many Contractors, spending time at Jesco, McGough, along with running work for others. Most notable project he worked on was the "Mall of America." (Ramp Rats)

Tom was Local 633 Vice President, and Pension Trustee for many years serving his Local, but most notable is his position in Education as an Apprentice instructor, and many years as Coordinator. He has been responsible for teaching Apprentices the Concrete fundamentals, as well as Safety Training for many Journey persons as well, in the Building Trades nationwide. Tom has been instrumental in setting and teaching standards that prevail across our nation today! Tom has seen at least 1,000 apprentices come through Local 633 and at least half are Members to this day. Helping people build their careers in the construction industry is a passion of Tom’s. He strives to help all who he works with to succeed in productive and safe careers.

Tom is a Master Safety Trainer for Local 633 and the OPCMIA Int'l, traveling across the country teaching OSHA and Permit Required Confined Space. He is more recently a Board Member of the OPCMIA Itn'l Training Trust fund. As most of us know, Tom is highly respected in the Training and Safety Communities both locally and nationally.

For those who know Tom, you will never forget his voice or his jokes. After Tom meets a person, he never forgets them and that’s just one thing that makes Tom unforgettable himself.